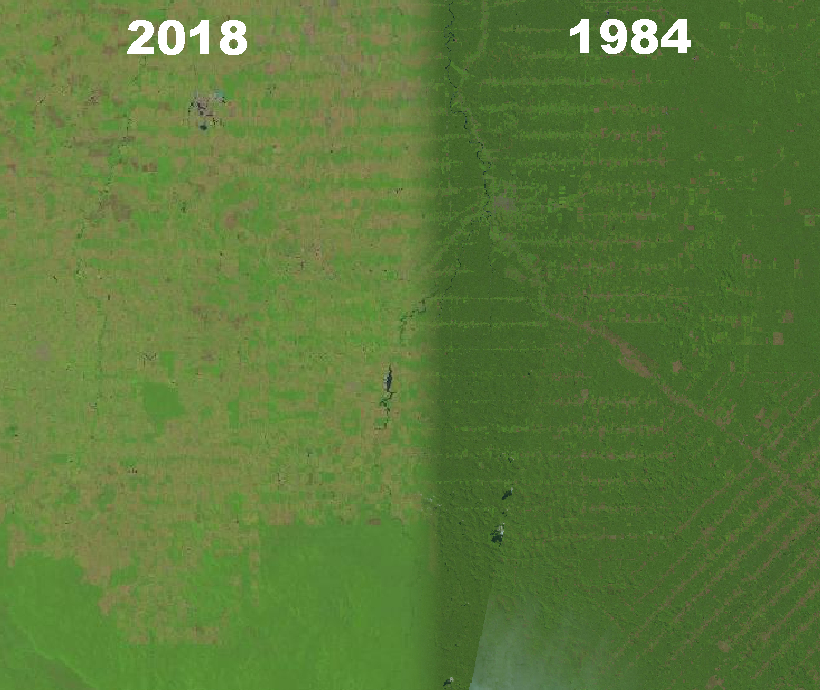 In a week where the impacts of human activity have been written large all over the temperature charts of Europe, and some important climate change research has been published, I thought I would share this image I have made.  This is a composite of Landsat images of a corner of Brazil where deforestation is going on apace - the deforestation that Brazil's President denies is occurring.  Over the last 35 years or so the damage caused is quite staggering. Much of the land cleared will be used to generate protein, either in the form of beef or as crops, protein that we eat or feed to livestock with all the concomitant energetic losses that entails. These images, and thousands of others captured by Landsat, starkly emphasize the need to address how we utilize resources and generate our food.  Eating insects may well help curtail this despoiling of our planet but the size of the problem  is immense and can be seen by anyone with the wherewithal to access Landsat imagery (free to all) and manipulate it a bit with a GIS package. It is also a sobering to then examine the forest cover in the UK using data from Copernicus;  as the picture below shows, we in Britain (especially England) have nothing to be  proud about.

This week, the Guardian had a short piece on the publication of three research papers.  All three deal with important aspects of climate change. Importantly, these areas are often the very issues that climate change deniers home in on.  All worth a read so that next time you are in deep conversation with someone with a bad case of Dunning -Kruger syndrome you are armed and ready.

The georeferenced images were downloaded from Glovis and placed in geographic context using QGIS.  The area is  south of Porto Velho in Western Brazil and the image here is about 130 km east to west.  There are lots of very similar places to this and they are depressingly easy to find.

A video and further images of the deforested area can be found at: https://highfieldbc.co.uk/wp-content/uploads/2019/07/deforestation. 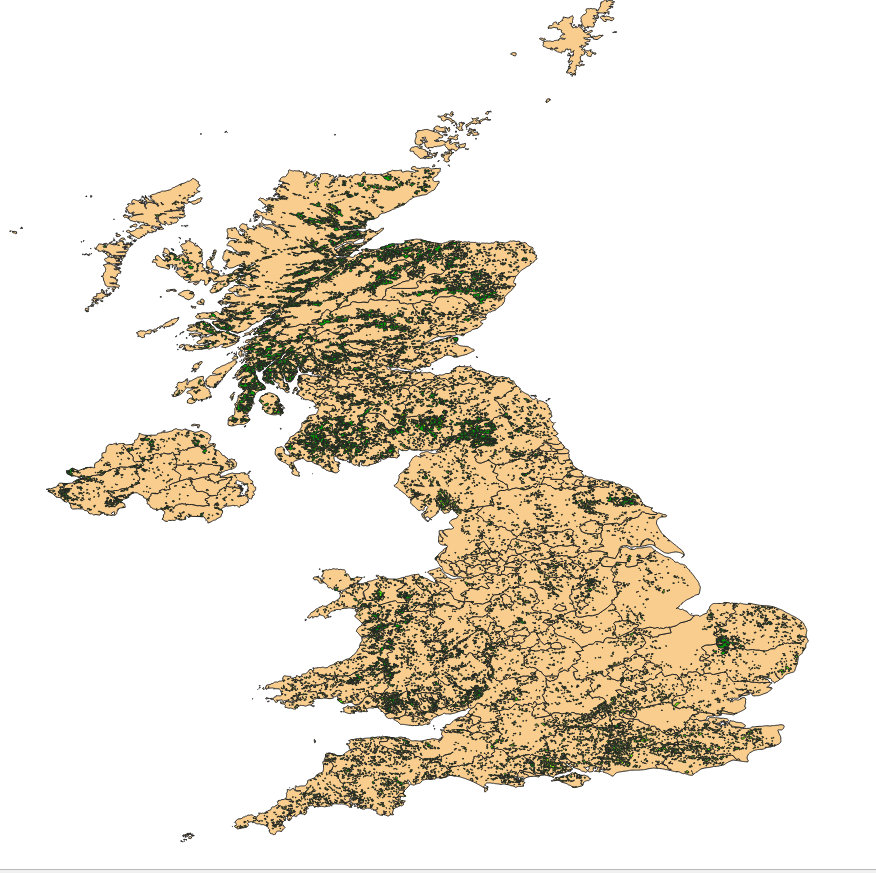