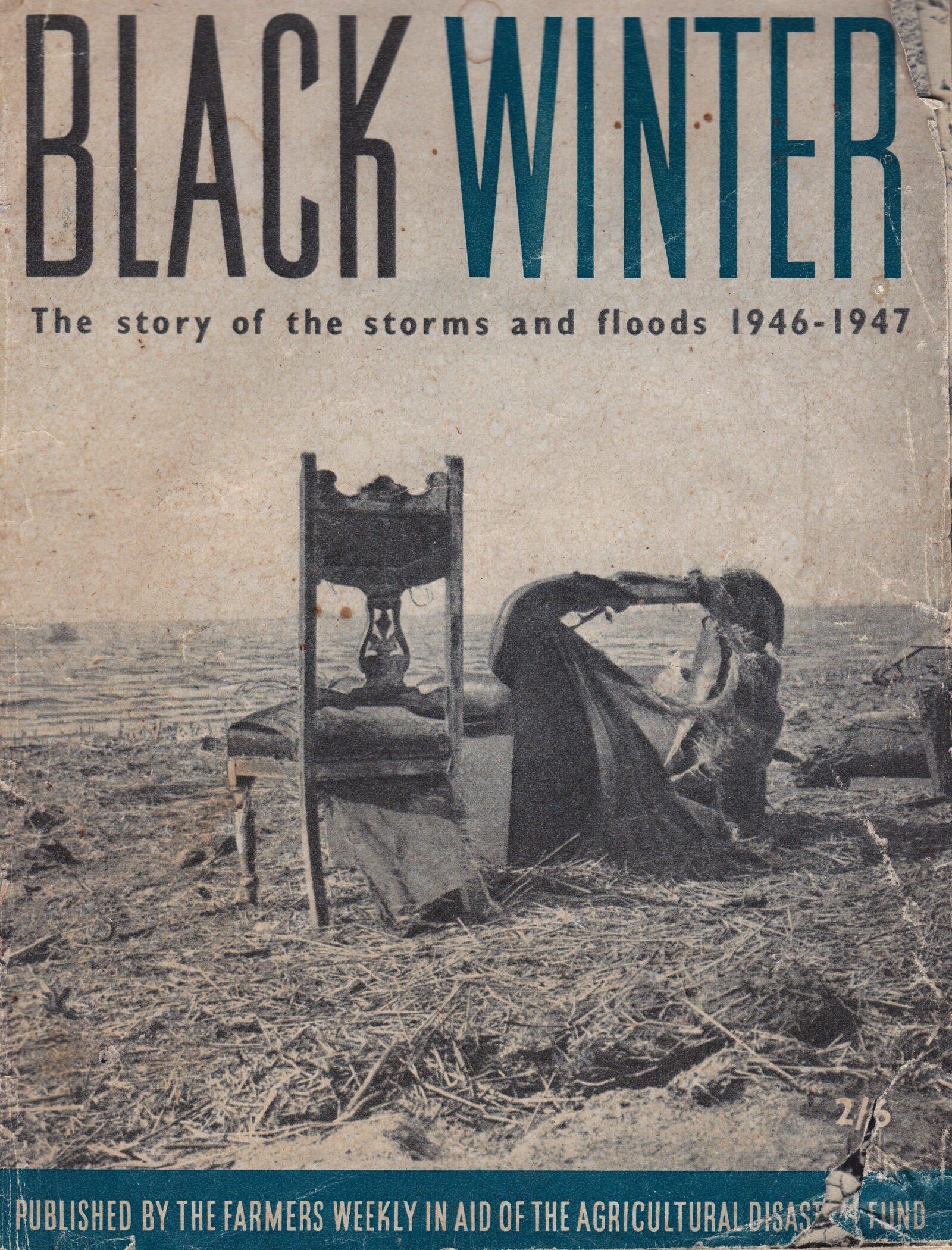 So, the accolade of being the equal hottest year on record has been bestowed on 2020 (the data shown here care of those lovely people at Copernicus).  No surprises there - my weather station had already told me that was the likely case.  What is still surprising, at least to me, is that a certain section of the British press still desperately wants to wish it all away, predict an impending cold snap and, of course, pronounce that this global warming we are living through is only so much guff.  To see this phenomenon in action, one need go no further than the not-so-august pages of the Daily Mail who, a few weeks ago, pronounced that we are about to be exposed to the coldest winter on record.  A bit of cold blows in and apocalypse time is nigh.  Have they no memory, no writers under the age of 30, no ability to do research?  They could be right, of course, in the same way a stopped clock attains precision twice a day, but they are almost certainly going to be wrong, just like they were when they made a similar prediction the year previous (see their ludicrous headlines below)  As we all know, that turned out to be as wrong as it is possible to be given that we had virtually no winter at all but, hey, they soldier on generating baloney in prodigious quantities. It is all so tedious, lazy and misleading. 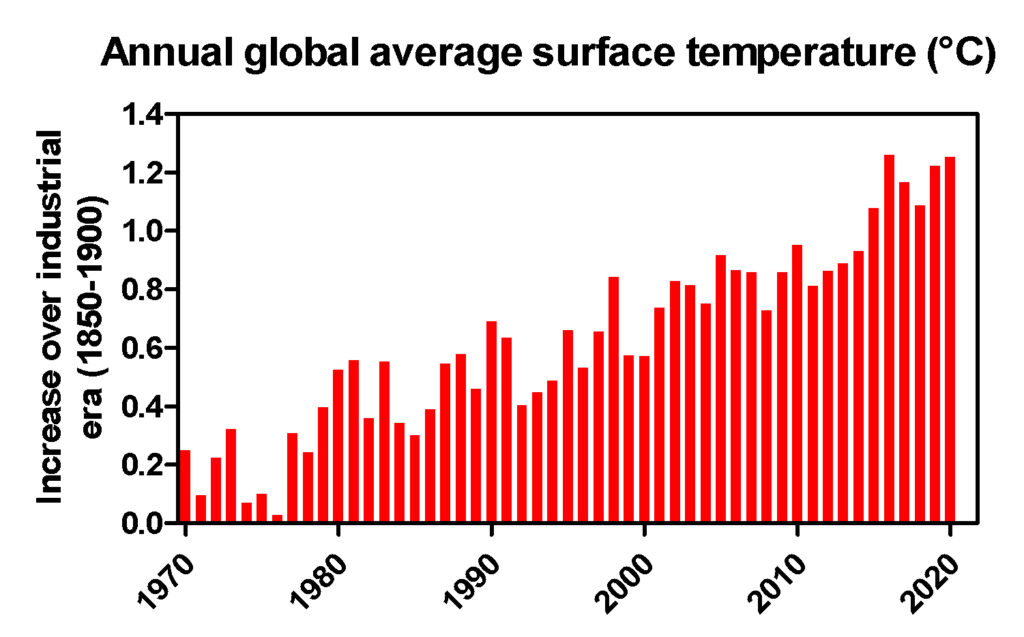 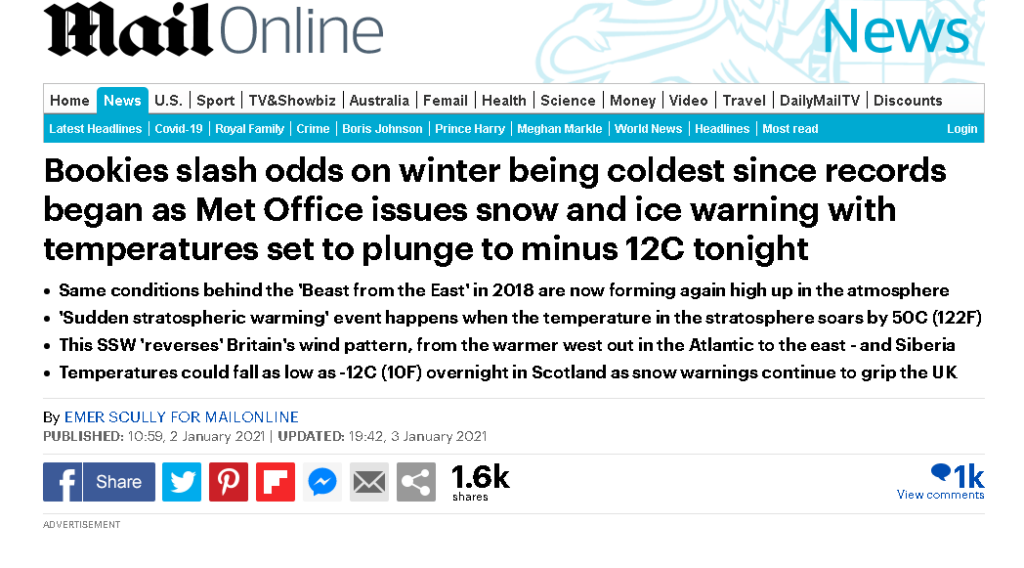 The bookies are who you go to for relaible weather information 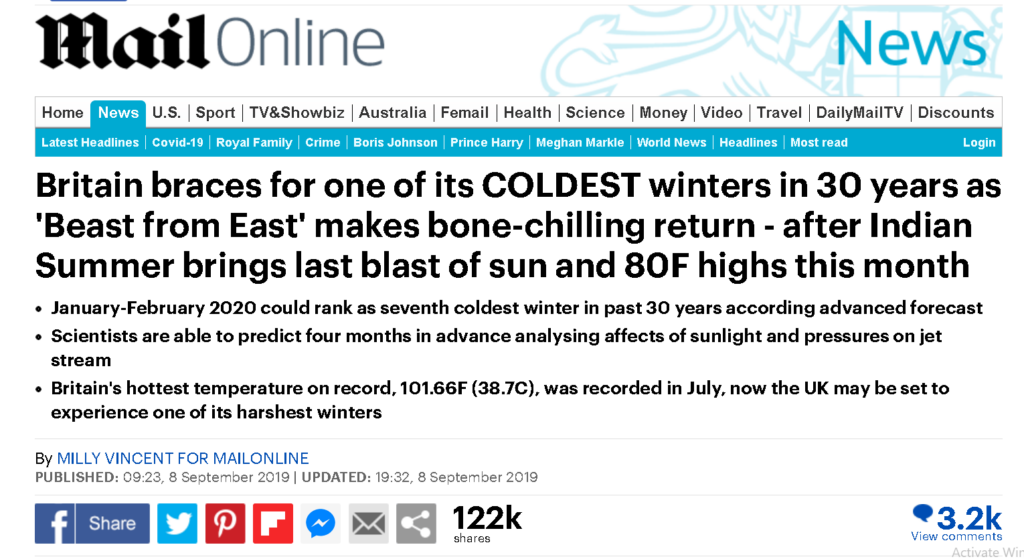 But there is a point here, and that is this:  we have become so completely inured to the warmer climate that our notion of what constitutes a cold winter has been badly skewed.  The next “Beast from the East”, whenever it arrives (accompanied by ludicrous headlines the popular  press wheel out with such irritating predictability – see today’s DM for another example although the screen grab below is all you need to know if visiting their site is just to grubby for you). And, almost certainly this winter will be nothing by comparison with those of bygone days but it will be, notheless,  heralded as something utterly calamitous.  The picture shown here is taken from a booklet produced by the Farmers Weekly in 1947 that I have in my possession.  The spell of severe weather that year started in late January and 74 years ago today my dear old Dad had to walk 8 miles from Appleby station to get home from his navy leave, such were the levels of snow blocking the roads (at least he had an all expenses paid Mediterranean cruise to look forward to!).  The snows lasted all February and then widespread flooding started with the melt, compounding an already disastrous winter, particularly for farmers who lost many thousands of sheep.  How easy it is to forget that there was once a time when snow could be piled as high as the gables of an upland farmhouse and wreak real hardship across the entire nation for weeks at a time, as it did in 1947 and, again, in 1963. We had brief hints at what real winters were like some years in the seventies and eighties but anything worthy of the name has been pretty much absent ever since. 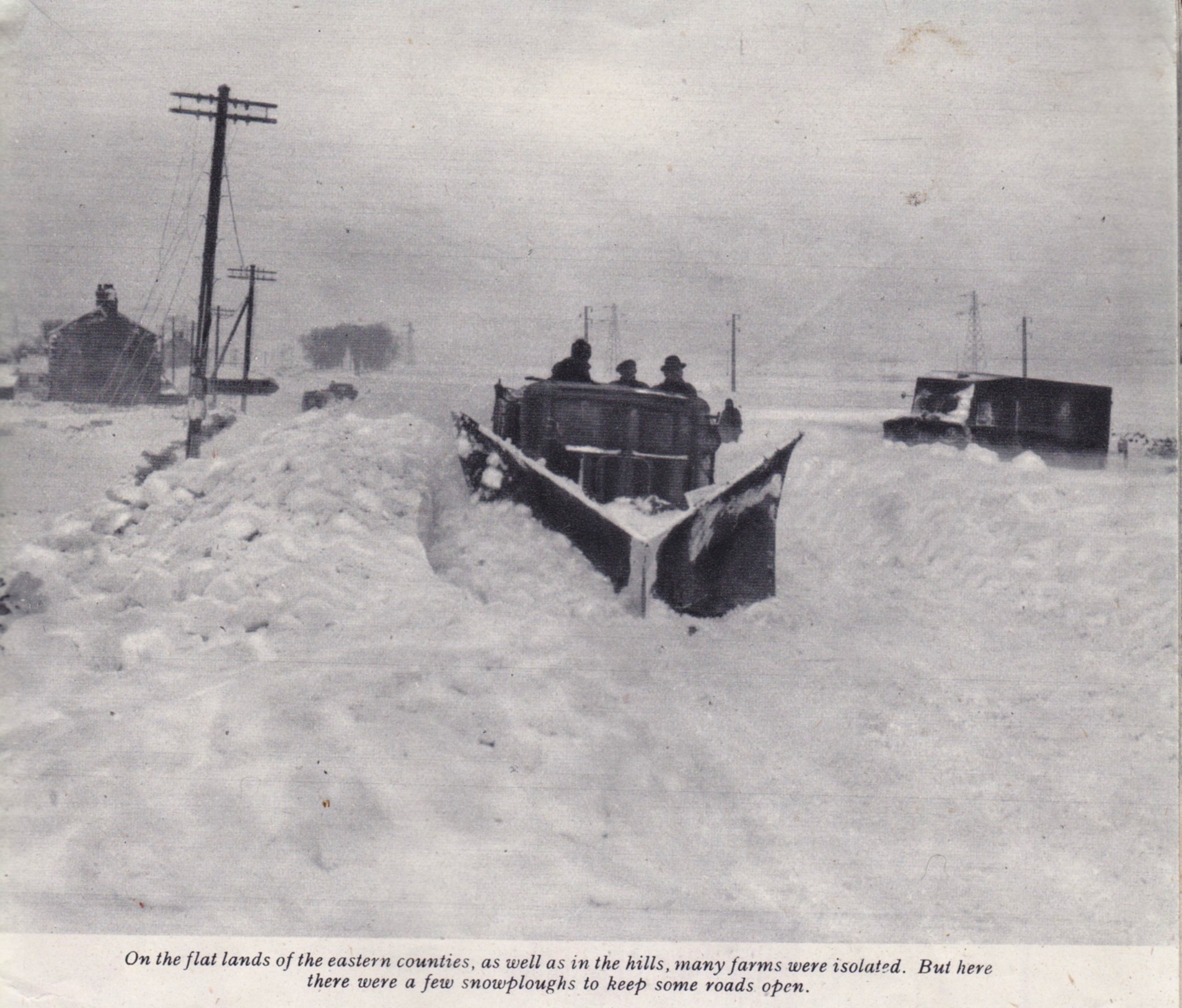 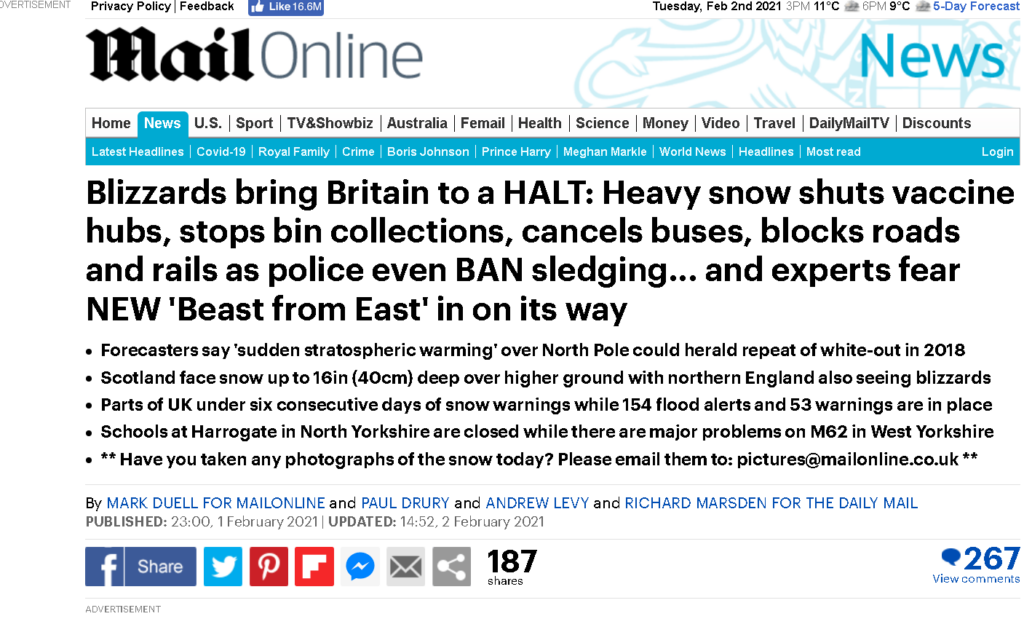 Of course, at last a Beast from the East is upon us....and it is experts not bookies doing the prediction

Now, if the snow get as high as the front step it is an existential threat to civilisation, such has the understanding of what a winter in England constitutes mutated with time.  It is snowing as I write, more than we have seen for quite a while but, from a historical point of view, it is nothing but a light shower and I measured just 10 mm of snow on the level (and virtually gone by the time I had finished).  But, as we put progressively more years between the present and the more severe winters of yesteryear,  there is a danger that the real impact of climate change becomes diminished as we collectively fail to recognise just how different things have truly become.

A flavour of how far things have slid out of kilter can be gained from a few charts I have put together in the little video rolling below.  One year does not make a trend, of course, but the fact that just about every metric for every month was at odds with the Long Term Average (LTA) for my neck of the woods does not paint a particularly optimistic picture.  Quite the opposite.  It is interesting to note that this meteorological  winter (December, January and February) has already produced more frosts (27) than the whole of last year (26) and yet, from a historical perspective, it is about bang average winter in terms of cold and precipitation when compared to the 1970-1990 Long Term Average and yet to many this will be already considered a severe winter. To a certain scientifically illiterate minority unblessed with the capacity to think critically there will be, of course, talk of how climate change is just a load of old rot.  You wait, it will come.  The DM, of course, seems to think this winter being the coldest January since 2010 is something to shout about.  It isn’t.  Not yet, at least.

For those interested in the 1947 winter stats, a good summary can be found here.  If you want a copy of Black Winter contact me and I will send a scan of it.