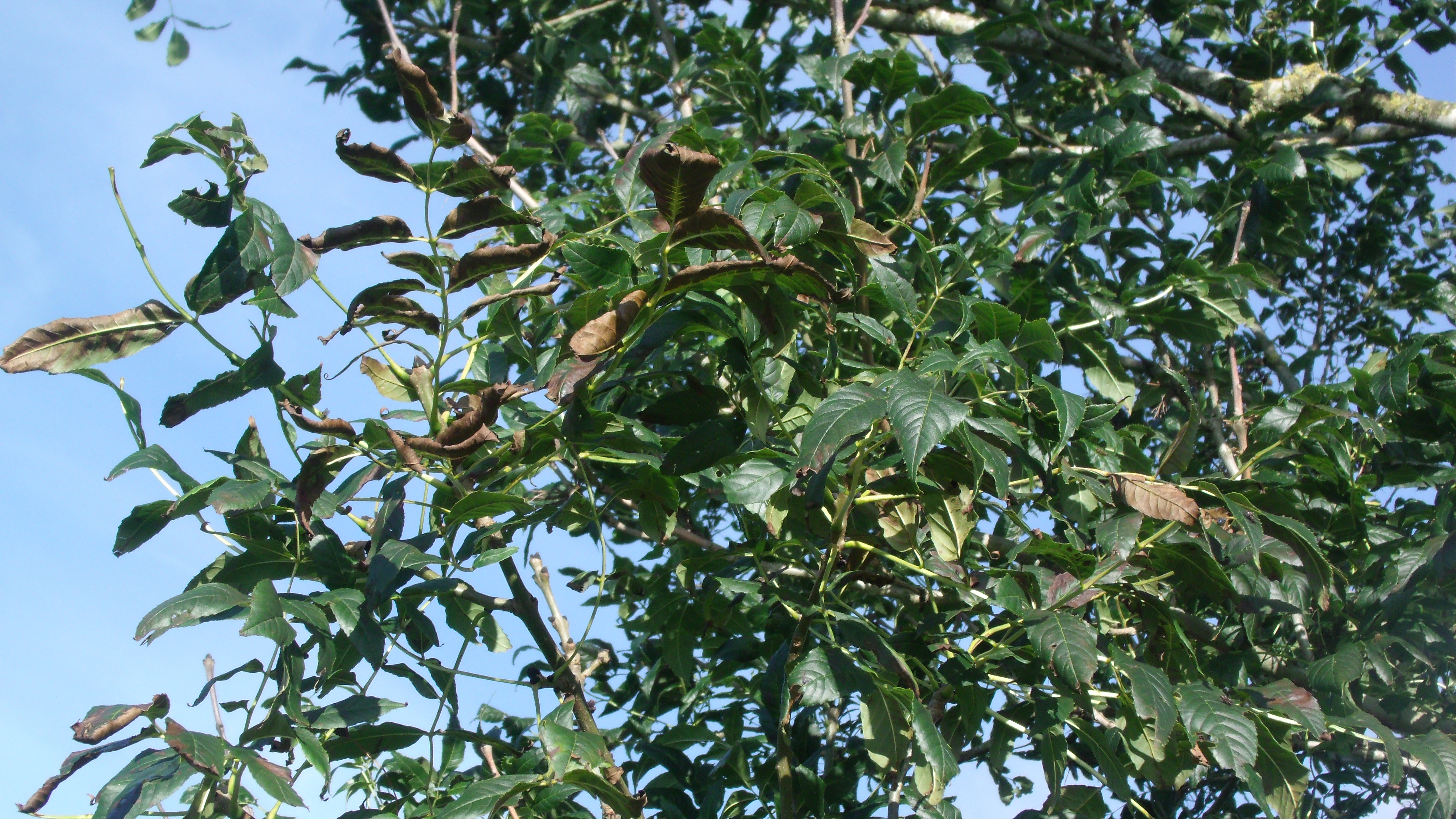 Amongst all the environment concerns that we are assaulted with via our largely scientifically illiterate mass media, perhaps the most overlooked currently is the pernicious spread of Ash Dieback Disease (Hymenoscyphus fraxineus = Chalara fraxinea) in the UK and Ireland. In many areas of the UK ash constitutes the most common tree species, most certainly in the Eden Valley where the effects of the disease are now becoming very apparent.  Every other tree you see looks sick and now that autumn is here the effects seem more pronounced, or at least easier to spot.  On any given day you can see hundreds of affected trees. Over a week, thousands.

Every year seems to  bring a fresh man-made environmental disaster wrought by an alien species that has been introduced into a new area and the spread of this disease to the UK is testament to the ludicrous trade in live plant species that means that a country covered with ash trees once saw the need to import saplings from elsewhere.  The competent authorities that are supposed to stop this sort of thing failed big time and I remember the Government Big Cheese overseeing such matters explaining away his incompetence on TV during the week the disease was confirmed in the UK.  He said that there were "lessons to be learned".  Jeez.  He kept his job, of course, as they always do and will be nowhere in sight when a significant proportion of the Eden Valley's tree stock meets a chainsaw over the coming years.

Our trees are under assault by dozens of such introduced species and each one constitutes a failure by the competent authorities charged with preventing ingress and a damning indictment of the global trade of plant materials. And when these species do occur, be it a disease or an insect pest, the lack of tools to deal with them is astonishing.  Even when tools are available, most courses of action are contra-indicated by legislation (and we know where a lot of that comes  from- or should I say came from - that means effective pesticides are banned and alternatives are years away from approval.  The Government commissions research projects in response (always reactionary, never proactively), the results achieve nothing more often than not (check out their databases - all the guff is there to read), and another bit of the fabric of England's green and pleasant land is lost.  At least we needn't worry about the emerald ash borer  (Agrilus planipennis) as by the time it gets here, as it most certainly will, the ash will be mostly long gone.

Britain's (especially England's) natural environment is feeble. We have national parks that are more interested in controlling what type of window frames you can install in that barn conversion than promoting wildlife.  We have agricultural policies that pay farmers to do the bare minimum in the name of promoting biodiversity.  We have vested interests keener on growing grouse on moors than seeing a golden eagle fly over the Pennines.  We have tree planting targets that we fail to meet (at least in England) that will not even make good the losses caused by ash dieback, never mind losses of other trees to other maladies.  And, most of all, we have competent authorities at all levels in this country whose competence is, at best, questionable and motives dubious.

George Monbiot (in The Guardian) discusses some of the issues of biodiversity and the improvement of the UK landscape here. Sometimes he hits the nail on the head.